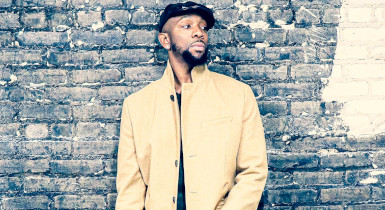 Radio Shows have always been the source of sharing and gaining information. It is like a cafe to travellers that enables them to hear and know about the people. One such show is The Dwalk Show by Davonte Walker. This acts as a virtual cafe for travellers.

Flint, MI – USA | March 23, 2022 –[Press Release Wire]– Radio Shows have been a great source of entertainment for years. They have been to the people since there was no other source of entertainment available. It acted as a window to the world that helped people know what was going around, listen and get to know about the famous personalities and even a way to enjoy music. Even today they continue to be a part of the world and people still listen to it in their off time.

The Dwalk Show is the radio show streamed at 96.7fm (Detroit) which takes place in downtown Flint Mi and is later sent to the FM channel. In this show, the personality interviews the artists and businesses. In this show, he mainly aims to interview people from clothing lines and artists working on music videos. The show also goes live on Facebook every Friday at 7 pm. The show has interviewed more than 1000 artists, which includes over 500 clothing lines and businesses. The father of famous personality Terry Crews was interviewed by DJ Walk on this famous show at 92.1fm (Flint). The show has also interviewed many other personalities like RMC Mike, Krispy Life Kidd, and many more. The show is unique in its ways and it introduces the world to famous personalities.

Davonte Walker is the famous personality of the radio world, who is a Journalist for the Flint Courier News. He is the person who hosts the show The Dwalk Show currently on 96.7fm (Detroit). The radio show by Walker initially was also streamed on 92.1fm (Flint), 94.3fm (Flint), and 1420am (Flint). He is the published author who has written the book “From The Ground Up”. This is not it, he also has a business called The World Marching Band Of Hip Hop. Davonte Walker owns a store called Shops on Saginaw, where he has more than 50 businesses at the store. This is the place where he sells the products of the personalities interviewed at his show, The Dwalk Show.