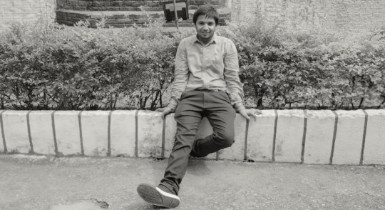 Sarvesh Mishra Popularly known as Sarvinarck is an Indian Musical Artist from Uttar Pradesh, who is best known for his music creation, besides being a Musical artist, he is a Music Digital Marketer and Consultant as well.

Lucknow, Uttar Pradesh, India | March 10, 2022 –[Press Release Wire]– Sarvesh Mishra Popularly known as Sarvinarck is an Indian Musical Artist from Uttar Pradesh, who is best known for his music creation, besides being a Musical artist, he is a Music Digital Marketer and Consultant as well. He was introduced to the music industry with making lofi versions of the hindi and English songs. He releases his soundtrack on different music platforms like Spotify, Google Play Music, Apple Music, iTunes, Amazon Music, JioSaavan, Hungama and many others.Fans Love his Lofi versions of the songs and make reels on it which gets viral.

He is such a social media influential character who never fails to surprise his audience with breathtaking captures, IGTV videos, and all the IG contents. He has been able to earn a good online reputation for his creations through Instagram. He has a great personality in the field of digital marketing in social media handles as a trendsetter and as a tastemaker.

As a young digital creator, Sarvinarck has already reached a milestone in his digital marketing life since his new Instagram filters were gone viral all over the world by reaching more than ten million users within a short period of time like few months. It pretty much briefs how talented and creative is Sarvinarck when it comes to creating content.

Today, Sarvinarck is on the right path in his digital marketing life. In addition to that, he confirmed that he has a plan to go beyond and do something more for the community from his talents and experiences. He has a deep-rooted vision to go for a new venture and start a new organisation in order to support Instagram micro-influencers with his top-secret tactics. It will be a piece of great news to the emerging community to rank higher in Instagram search results, attract target audience and earn profit through it.