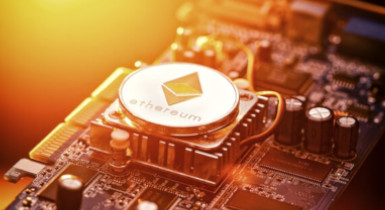 Miners throughout the world have been increasingly busy in recent months, as seen by jumps in hash rates that corresponded with a huge increase in cryptocurrency values. Ethereum (ETH) could be purchased for $130 at the beginning of 2020, and it has already hit $500. Bitcoin (BTC), the king of cryptocurrencies, has gained about $10,000 in value.

So, how do users interact with the industry? For a long time, it has been evident that solo mining is not the way to go. The blockchain for Bitcoin, Ether, and every major cryptocurrency is designed in such a manner that the complexity of discovering blocks is continually growing, which implies that a pair of GPU cards is insufficient to create a single block. The argument isn`t that the rig isn’t strong enough to mine Ether; rather, it’s mathematically impossible. One rig can sit there for months looking for a block. If we’re talking about mining Bitcoin using ASICs, it’ll take much longer. It’s simpler to go bankrupt on equipment and power than it is to mine cryptocurrency on your own. The formula is simple. Divide the total hash rate of ether by the hash rate to get the average number of seconds it takes to find the block. This can be done automatically using Hashtech mining.

As a result, it seems reasonable for miners to flock to the mining pool, especially now that non-mining companies are beginning to import similar commodities. For example, Hashtech Mining has created its own ether mining pool.

What to know before joining a mining pool in Hashtech mining

Hashtech Mining’s mining pool is a server that pools the computing power of all players connected to it. The miner joins the pool over the internet and assigns the hardware to the pool. They work together to solve math problems and identify blocks of a particular cryptocurrency. When the pool detects a block, it seeks consensus from other network members and is rewarded. This payment will be distributed to all pool members in proportion to the amount of the specified hash rate.

Before choosing a pool, it is important to know the size of the pool. The probability of finding a block increases with the size of the pool. However, the more people who participate in the pool, the less benefit each participant will receive. This is a double-edged sword. Modest but recurring payments, or large but infrequent payments.

Before joining the pool, users must set a minimum payment amount. The amount of cryptocurrency that needs to be mined before it is released into the user’s wallet. If the minimum payout is large, the user will have to remain a member of the pool for an extended period of time before collecting any income. Another key point to note is that participation in any pool is not free. Users pay a portion of their earnings to participating. Typically, such commissions range between 1% and 3%. In general, membership in any pool does not need significant expenditure or knowledge, and if the user has already assembled a rig, determining which pool to join will be simple.

Regardless of the cryptocurrency being mined, the following factors should be considered when choosing a pool:

After constructing a rig, it’s time to choose a mining pool. Of course, most of the pools work for Bitcoin or Ether mining. Below are some of the most popular pools used to mine the top two cryptocurrencies. For Bitcoin, almost all the main pools are based in China, which is not surprising, as the country produces most of the Bitcoin mining hardware.