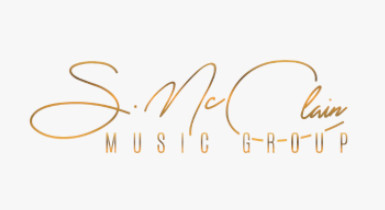 Jamishin (legally known as Timothy Hoper) has emerged from the streets of captivating Las Vegas, Nevada. Currently has a new single out now, (that is doing very well I might add)!. The music that has been produced by the S.McClain Music Group. You can check out the YouTube channel to listen to the new single.

Las Vegas, NV – USA | December 13, 2021 –[Press Release Wire]– The new music single produced by the S.McClain Music Group was released. The music of Jamishin has been recorded and produced by Shane “West Coast” McClain. It will blow your mind, once you listen to it! The new music is available for your listening pleasure on Youtube Music, Apple Music, Tidal, Amazon, Spotify, Deezer along with many other mediums. S. McClain Music Group’s YouTube account also has a sneak peek at the creation of this new urban musical masterpiece.

Since February of 2021, Jamishin has been working on the song. The singer is looking forward to sharing his smooth rhymes and melodic vibes with fans from beautiful Las Vegas, as well as a plethora of soon-to-be fans all across the globe.

This is what the rapper says about the creation of new music, “I would like to give special credit to a few people who have helped in making this new music such a success. My gratitude goes to Shane ‘West Coast’ McClain, Loren Roselynch, James Mays, Chappell Johnson, and, most importantly, my wife Samantha Torres. I remember her helping me combat the COVID-19, just the day before the release of my new music video.”

About the Company Behind the New Music:

S. McClain Music Group has two locations in the Valley: one in the world-famous Las Vegas Strip, and the other in Summerlin’s The Lake.

The company is made up of professionals who are concerned about the creativity of their artists. Shane “West Coast” McClain, the company’s founder, strives to create music that is indicative of himself and his generation. He admires artists who are often overlooked by the general public but very in tune with the streets.

Jamishin, who resides in Las Vegas, gave us his debut single in 2020. He is Las Vegas’s very own best new rapper, who is presently associated with S. McClain Music Group and Bungalo Records and Universal Music Group.