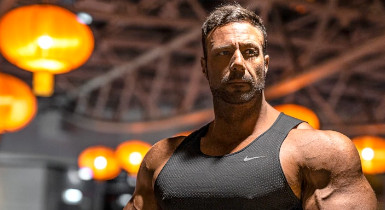 Noel Deyzel, the country’s most recognized bodybuilder, has overtaken all other South African YouTube channels with his popularity on TikTok and YouTube.

South Africa | February 07, 2022 –[Press Release Wire]– All other South African YouTube channels have been surpassed by the country’s most prominent bodybuilder Noel Deyzel, who has been very successful on TikTok, YouTube and Instagram.

Noel Deyzel, a competitive bodybuilder and co-owner of Ryse Supplement, is on a mission to raise fitness awareness and encourage people to lead healthier lives. The South African-born TikTok celebrity, YouTuber, entrepreneur, and social media influencer renowned for creating fitness and health videos on many social media platforms has more than 6.9 million followers on social media.

A year ago, he began uploading videos to his channel, which he launched in 2008. According to his channel profile, almost a decade has been spent in the fitness industry. Consequently, films about fitness, such as motivating and instructive ones, as well as those about healthy living, have become more popular. When he became famous on TikTok, his channel didn’t get as much attention as his other endeavors, such as his music. Before the introduction of YouTube shorts, he started posting short films to his channel, and they were instantly renowned. It’s estimated that more than 230 million people have viewed his videos on YouTube.

According to Noel Deyzel’s answer to a comment request, “I used to be the punchline of all jokes since I was regularly insulted for being tall and thin.” When I was only 21 years old, I chose to become a bodybuilder. Yes, working out has altered my life, and now it’s my goal as a personal trainer to assist you to do the same.”

His commercial acumen has made him a social media celebrity, and he has a large following. Sponsorships and self-employment are the mainstays of his financial resources.

Noel Deyzel is a South African bodybuilder who has the 5th biggest YouTube channel in South Africa. He started the channel in 2008 and uploaded videos from 2018. He has 1.7 million subscribers and 230 million total video views on the channel. He aims to make people aware of their health and adopt a healthier lifestyle.