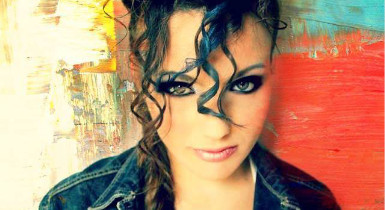 Los Angeles, CA – USA | March 04, 2021 — March is the Color Therapy Month and “Prismatic Dojo” just went viral from Germany, France, Italy, United Kingdom and East Coast USA. It is the latest music experiment by Artists and Producers Veronica Vitale and Patrick Hamilton. PRISMATIC DOJO “THE ALL COLORS THEORY” is a contemporary experiment between color gradients and music frequencies brought together to heal the mind and soul. Every volume collects the tales of different shades of color.

As we suggested in many other articles the best way to support these artists is to go on Spotify, follow the link and listen to it all the way throught! Here’s the direct link https://sptfy.com/prismaticdojo

Prismatic Dojo is now surprisingly playing in many art and yoga center, gym, thai resturant and meditation groups, even shared on whatsapp and zoom calls for those facing lockdown restriction yet in search of peace and serenity. It was even shared in many color theraphy groups and celebrated beause of the month of March is known as color theraphy month. 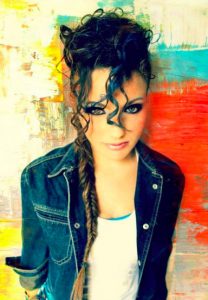 Prismatic Dojo has gained 2 million streams thanks to the loyal fanbase built over10 years career by the italian artist Veronica Vitale, and the latest social media tools now available such as IG STORIES, influencers Support, Reels and Viral Content Share on Facebook, in addition to the countless people met during the filming of her new documentary “25000 Miles Across America” which is aimed to be released on the Exclusive Amazon Prime Tv Series.

Fun Fact is that every piece of music was composed in a room filled with color changing screens and LED lights to provide a variety of colors to change the vibe of the room completely. It is an original spontaneously performed musical masterpiece, recorded live without any pre-existing score or prior rehearsal. It’s a journey and a work of art that starts right at the door of the Soul’s Chambers and fits perfectly in the field of positive psychology. Artist Veronica Vitale and Patrick Hamilton head straight for “the zone” an area that people only enter when their passion sets them into a euphoric trance. In this place you experience the flow state where an artist talent is fully immersed in a feeling of energized focus. The artist is fully involved, and immersed in the essence of the “flow”; characterized by the complete absorption in what one does, and often resulting in the transformation of one’s sense of time – while truly enjoying in the process of the activity. Prismatic Dojo is familiar to the Chromesthesia Concept but different in understanding how rather than a color influence on an already existing sound how this color itself influences the production of a complete new music of music. Simply put, rather than sensory influence, how does it effect sensory creation. 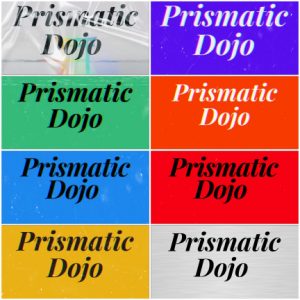 “I love to share with my fans what did I do to go viral on internet especially when it comes about music and particular projects like this one. First thing I involved my entire instagram community which counts close to 50 thousand followers, IG Stories and Reels which are a very powerful tool and of course my loyal fanbase on Facebook. They were all very happy when we released on every music platform, especially Spotify as it seems to be the go to of all generations. My fans text me every day about the good feelings they get listening to Prismatic Dojo, especially the ones from the United States. I started from scratch 10 years ago in the States and now, as Italian myself, it’s really uplifting to know that so many people around the Globe are listening to my music and our efforts. I’m looking forward to set a few dates in New York, Chicago, Phoenix, Paris and Milan as most of my audience comes from these beautiful areas” – says Artist Veronica Vitale.

“One of the interesting things we keep hearing from people is how their favorite color tends to be the same favorite color in sound! Another funny thing is to go to some Thai Restaurant and find our music playing in the background. The other day at the gym, that’s what happened, people were training listening to our music!” – says Artist Patrick J Hamilton

“While recording, We were walking through some sort of dream, an alternative reality, Music of an almost other-worldly beauty brought us in this spiritual world made of fantasy, dreams, where everything is possible” – says Veronica Vitale.

Prismatic Dojo is recorded as a whole concept but divided in 2 minutes track and presented to you like a passage, chapters. From night to dawn, form red to blue, from celtic ancient ages aand old legends to whales floating in deep oceans. From tales of star-crossed lovers and exile, to soldiers singing gregorian chants and hymns like Hail Holy Queen ( “Salve Regina” ).

Some of the Healing Frequencies In this Music Work 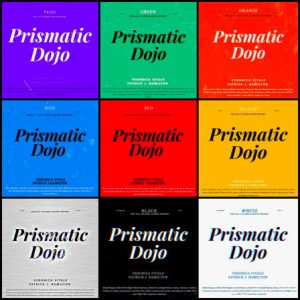