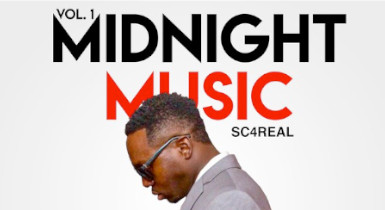 SC4Real is back with an incredible gift: his best album ever. The fact that he’s on our list of the best artists means that you won’t have a chance to miss him. Although the rapper has been very busy, he has made a lasting mark on his followers and the music business as a whole.

Columbia, SC, USA | February 01, 2022 –[Press Release Wire]– SC4Real is back with a great gift of his, the best album. Because he’s on our list of the best artists, you won’t be able to miss him. Even though he’s been very busy, the rapper has a lasting impact on his fans.

As a gift for the new year, he has just completed a project that demonstrates his willingness to travel the globe. Vol.1 Unparalleled flow and an endearingly attractive creative personality characterize Midnight Music and HipHop, an expansive epic that uncovers melancholy pieces with soulful undertones.

It is because this is his second album. He has written and produced it all himself. This first volume of Midnight Music with rap is quickly building up to be a classic. Just like with the previous project, this one came together on its own, meaning he had an idea of what he wanted but had to let it happen spontaneously.

His thoughts drifted back to how much fun it was to run about the neighborhood with his boys and other members of his family while coping with the pandemic and all of life’s other difficulties at hand. Consequently, for this project, he was able to bring back some of those emotions and thoughts.

For example, in songs like Sun Up and Circles, SC4Real discussed his personal connections and situations at the time. However, the singer-songwriter said that he wished he had never made the same mistake again and that he wanted to continue building a great brand that he could be proud of. Driving about at night and listening to a range of performers and genres gave me the idea for the title “Midnight Music.” After listening to the first and last tracks, the listeners will have a decent sense of the album’s theme. Music available on Apple, Spotify, tidal, YouTube.

SC4Real returns with his strongest album ever. You won’t miss him since he’s on our list of the top musicians. The rapper has left a lasting impression on his fans and the music industry despite his hectic schedule.