SRG SSR is keen to expand the online reach of its content beyond its existing broadcasting audience base, now numbering 3.8 million Swiss homes. A top strategic priority for SRG SSR in 2020 is the development of a video-on-demand streaming service that will offer its Swiss viewing audience a wide range of content, available across languages through subtitling and dubbing.

Play Suisse will deliver content to viewers in Swiss-German, French, Italian and Rumantsch on a range of devices including connected TVs, smartphones and tablets.

SRG SSR offers Switzerland’s largest programming catalogue, through original productions and licensed content. As a consequence, with its new Cloud TV service, viewers will be able to enjoy access to an extensive array of Swiss programming on-demand as well as popular third-party content. SRG SSR will use the Kaltura TV Platform as the backbone of the new service.

This new project expands upon Kaltura’s existing partnership with SRG SSR. Since 2016, Kaltura has been technology partner to Swiss-TXT, SRG SSR’s subsidiary company which has a rich heritage in pioneering digital innovation dating back to the 1980s with the introduction of teletext. 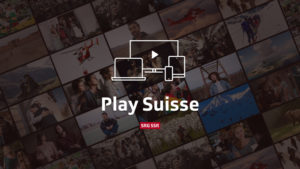 In planning its ambitious new service, SRG SSR conducted a rigorous assessment process to evaluate Kaltura’s technology and operational quality, which included regular workshops and extensive demonstrations. Following a proof-of-concept phase, SRG SSR determined that Kaltura was to be the broadcaster’s trusted Cloud TV technology provider of choice and awarded the contract for the major upcoming Cloud TV project.

“Broadcasters and media companies everywhere are quickly turning to Cloud TV as the engine of content distribution and the best way to reach their audiences wherever they may be,” said Nuno Sanches, General Manager, Media and Telecom at Kaltura. “We are proud to help SRG SSR with its Cloud TV transformation, particularly now when delivering engaging TV is more important than ever.”

The new service will include several advanced capabilities that fit its specific needs. For example, the Kaltura Operator Console will enable SRG SSR to manage its vast content catalogue, metadata, multi-language translations and captions, all in streamlined workflows that can be monitored and tracked to learn and improve the service as it evolves.

About SRG SSR:
With 6,684 employees / 5,345 full-time equivalents, an annual turnover of approximately 1.5 billion Swiss francs, 17 radio stations and 7 television channels, as well as complementary websites and teletext services, SRG SSR is the largest electronic media organisation in Switzerland. Its radio stations lead their respective markets in all four language regions – as do the television channels at prime time. As a non-profit organisation, SRG SSR derives 78 per cent of its revenues from licence fees and 22 per cent from commercial activities. SRG SSR media inform, entertain, and also have an educational function. Thanks to solidarity and a financial cross-subsidisation programme between the language regions, SRG SSR is in a position to offer services throughout Switzerland. In this way, it helps to promote mutual understanding, cohesion and exchange between the different parts of the country – and in doing so, it plays a key role in social and cultural integration. www.srgssr.ch

About Kaltura:
Kaltura’s mission is to power any video experience. Kaltura’s Media and Telecom business unit helps telcos and content owners make the transition to a full-fledged Cloud TV service that satisfies the exacting demands of today’s TV viewers. The Kaltura TV Platform features personalized multiscreen access to linear, VOD and time-shifted TV as well as third-party content. It combines advanced monetization options with the ability to scale to millions of viewers anywhere in the world. The adaptability and agility of the Kaltura TV Platform means that companies can experiment with new products and features, analyze performance, and react quickly to changes in viewing behavior in order to optimize engagement and better achieve business goals. www.kaltura.com