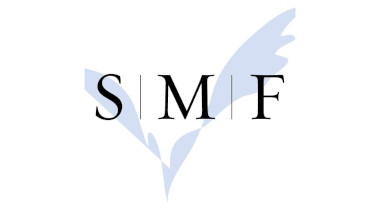 Law Firm Takes Case Others Turned Down, Beats Clock on Statute of Limitations.

Gainesville, GA – USA | February 8, 2021 –(Press Release Wire)– The Trial Team at Stewart Melvin & Frost has reached a $1 million settlement in a UTV (Utility Terrain Vehicle) accident case that was turned down by other firms and nearly ran out time in the courts.

The North Georgia case involved a horrible UTV accident caused by a negligent driver whose passenger was severely injured. The victim’s family had sought help from several law firms but were turned down due to the case’s complexity and seemingly poor likelihood for success. In addition, the case was running near the end of a two-year statute of limitations.

Stewart, Melvin & Frost is a law firm in Gainesville, GA with a Trial Team that specializes in personal injury and wrongful death law suits.

“This difficult case came to us with limited time to investigate the claims and make decisions. The time to file a lawsuit was fast approaching,” said Mark Alexander with Stewart Melvin & Frost. “We had to work quickly. We filed suit, dug further into the case, and eventually discovered insurance coverage that led to a great result for the client.”

Alexander explained that his firm’s large size and vast resources – Stewart Melvin & Frost is one of North Georgia’s most experienced and largest law firms – was key in his ability to accept the UTV case. In addition, Alexander’s Trial Team maintains a select caseload to allow more time and flexibility in taking on challenging cases, while providing a higher level of personal attention, responsiveness, and focus.

In its investigation, the Stewart Melvin & Frost Trial Team uncovered potential insurance coverage that it argued should help reimburse the victim for the severe, permanent injuries sustained and the long recovery period. The hard work and determination to find justice for the client eventually paid off with a large insurance settlement.

“Despite the case’s many challenges, we knew it was worth pursuing because the client was dealing with serious, permanent injuries. The client deserved high-quality representation to obtain justice,” Alexander said.

“Fortunately, unlike other personal injury firms, we keep our caseloads relatively low to afford us the unique ability to devote the time necessary to each case,” he said. “It is part of our client-focused system, and it was absolutely key in obtaining the million-dollar result.”

Alexander also praised his client for not giving up after being turned down by other law firms.

“As with any profession, victims in personal injury and wrongful death cases should seek second and third opinions, if necessary. More specifically, look for a firm that not only has a long history of successfully representing clients injured by the negligence of others but, just as importantly, one that prides itself on the relationships it builds with each client — relationships rooted in transparency, responsiveness, efficiency and high-quality representation.”

Stewart Melvin & Frost has been serving Gainesville, Ga., and the surrounding communities and Northeast Georgia region since 1936. For a free, no-obligation consultation, call them at (770) 536-0101.