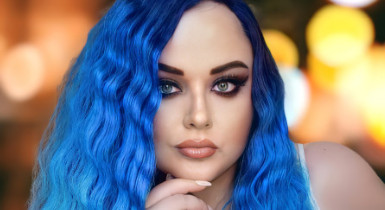 If the listeners love the famously known singer Adele, they will really love the stunning new album from the UK London-based singer-songwriter TaniA Kyllikki.

London, United Kingdom | February 11, 2022 –[Press Release Wire]– If the listeners love the famously known singer Adele, they will really love the stunning new album from the UK London-based singer-songwriter TaniA Kyllikki. Released on January 30, 2022, “Why Chapter One” has already gained a lot of attention. This stunning album filled with heartfelt lyrics based on actual life events from TaniA Kyllikki’s own experiences will truly touch many people’s lives. Domestic emotional abuse, miscarriage, having hope, finding forgiveness, learning to love yourself, and finding love again, this spectacular album covers it all.

TaniA Kyllikki has been Independently releasing music that has gained over 4 million streams and views between many platforms it has been since 2021. New about her song release has been supported and published in over 40+ music magazines and blogs since the start of 2021. The 3X Grammy Award Winning R&B Hit-Maker NeYo presented her single “Remind Me” to the world. TaniA Kyllikki is becoming the most potent female force to be reckoned with in the independent music industry.

In March 2021, TaniA Kyllikki wrote and released her song “WHY,” about emotional and physical abuse. This song was supported and published in over 40+ music Magazines and blogs to help raise awareness of domestic abuse. The music video reached over 157k on YouTube and over half a million on Spotify. TaniA Kyllikki was put on the cover of the “New Music Times” Magazine in May 2021. This song was the inspiration behind the writing and production of her new album “Why chapter One.” In June 2021, 3X Grammy Award Winning R&B Hit-Maker NeYo, reached out to TaniA Kyllikki, asking if she would like him to present her next single to the world to help her get more discovered. This intro of NeYo presenting TaniA Kyllikki’s song “Remind Me” is available on all of her social’s. This song showed a more fun side to TaniA Kyllikki, showing how versatile an artist she is. This song, “Remind Me,” was also remixed by Award-Winning London-based DJ Jo Paulo. It is another successful release gaining impressive growth of a million streams on Spotify between the original and the remix version.

While continuing to release singles throughout 2021, TaniA was also very busy writing and recording her album with her Fiancé Garry D. Hairston. He is a very talented musician, record producer, and songwriter with many years of experience in the music industry, including TV Appearances playing for established gospel artists.

“Handle with Care,” her first song off the album, gives the listeners a real glimpse of what’s to come. Her lyrics start with, “I’m going through emotions, questioning your motives, do you really love me, are you here to stay?” being completely vulnerable to her other half, she’s crying out, saying as the song progresses, “I know, I know, I know you’re trying, God knows you’re trying to reassure me, God knows I’ve hurt you, just please handle with care.” Cleverly, TaniA Kyllikki says, “I am being transparent I am damaged from my past relationships, when it comes to my heart, please handle with care.” Yet she’s also seeing it from her other half’s respective, how he must feel being on the receiving end of her past trauma, yet he remains patient and loving her all the same. Many can relate to this, who hasn’t suffered from a broken heart Being left with trust issues.

The rest of the album is filled with songs that are relatable to people’s lives in one way or another, making TaniA Kyllikki a lyrical genius.”

With her 5 octaves, a vocal range that reminds the listeners of one of the greats and songs were written in such a way they become eternal, and it doesn’t surprise her album, “Why Chapter One,” made the “Top 100 Amazon Hot New Releases In Pop Albums, at no. #27 in the first week.” Being the only independent artist among the likes of major signed artists. Then TaniA Kyllikki was placed on the cover of another popular magazine, “PREMIERE One,” for their February 2022 issue. All of this is a huge accomplishment for TaniA Kyllikki, who is grateful to be able to touch people’s lives through her music.

Wanting to help others heal by using her own pain as inspiration for her album, The rising singer TaniA Kyllikki wanted to create a soulful Pop R&B album that would help inspire, heal and uplift her listener’s to overcome their own personal battles in their lives.

Amazon link to buy the album: