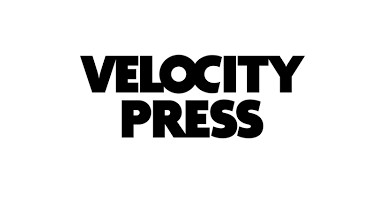 This is the story of music forged from raw breakbeats and basslines that soundtracked a culture of all-night raves, specialist record shops and pirate radio stations.

London, England – United Kingdom | January 8, 2021 –(Press Release Wire)– On 5 March 2021, Velocity Press will publish Who Say Reload, an oral history of the records that defined jungle/drum & bass straight from the original sources. The likes of Goldie, DJ Hype, Roni Size, Andy C, 4 Hero and many more talk about the influences, environment, equipment, samples, beats and surprises that went into making each classic record.

This is the story of music forged from raw breakbeats and basslines that soundtracked a culture of all-night raves, specialist record shops and pirate radio stations. It’s the story of young producers embracing and re-appropriating new technology, trying to best their peers and create something that would have hundreds of people screaming for a rewind on Saturday night.

Photography is provided by Eddie Otchere who has an extensive archive of images, having been the photographer at Goldie’s seminal Metalheadz nights. His previously unseen visuals capture the essence of the music in a way that only someone who was fully immersed in the culture at the time could, and are the perfect accompaniment to the story being told.

Paul Terzulli says: “Despite the impact jungle had when it first hit, there was always an element of mystery about the music and its creators. You could experience it through vinyl, tapes of raves and pirate radio and, assuming you were old enough, going out to the raves themselves. However, finding out more about the creators of these futuristic soundscapes was a different task altogether. I felt that the stories of those responsible should be collated and presented in one place, rather than scattered across podcasts, YouTube videos and obsolete websites, or as anecdotes flickering past on a social media timeline.”

The book will be 25cm x 25cm, and the 160 pages will be printed and bound on heavyweight 130gsm paper with a hardback cover.

Who Say Reload isn’t out until March 2021 but if you pre-order it now at velocitypress.uk you’ll receive first, signed by the author and with your name in the credits.

An A2 poster featuring original labels from 36 of the tracks in the book is available now.