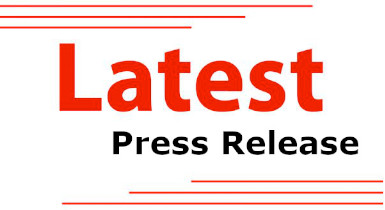 Every September, the “Wreck The Runway Fest” brings together the finest in local and worldwide fashion and music, as well as a diverse range of food vendors.

Houston, TX – USA | April 27, 2022 –[Press Release Wire]– “Wreck The Runway Fest,” which takes place every September, brings together the best in local and international fashion and music, as well as an eclectic mix of food vendors.

Local and national award-winning artists and designers were included in the first Fashion Show, which was held in January of this year. Despite the fact that Wreck The Runway does not encourage art just for the purpose of making money, they would love to have you join their community by telling them a little bit about yourself and why you think Wreck The Runway would be a good fit for your company’s creative needs. In order to be considered for inclusion in the event, please send in photographs of yourself or your company, as well as any of your original works. The fest will be held in 1st May 2022. It will commence at 4pm and continue till 10pm. The after party is 10pm to 2am.

Jagged Hanger owner JacklynDaivs is the brains behind the party’s festivities. Due to the fact that she had not yet had her immunizations, Jacklyn could not attend the Spring Fashion Week Show in New York City. Wreck the Runway, which she has formed, will play in new places this summer, including Miami and Atlanta, and she has already decided to go on tour.

In addition to being company entrepreneurs, the members of their team have extensive experience in the fashion and media industries. They are well aware of the importance of local support and the interaction that occurs between it and top-tier talent that has not yet been found.

A wide variety of local vendors, restaurants, and food trucks, as well as performances by some of Houston’s most talented artists, poets, and musicians, will be on hand for festival-goers to enjoy.

The chance to meet other businesses and the media will be a huge advantage to everyone who attends. With the ability to create and collaborate with other groups while having a good time, this is an excellent feature. Wreck Food, fashion, and music will all come together for an explosive day of festivities in New York City as part of the Runway Fest.